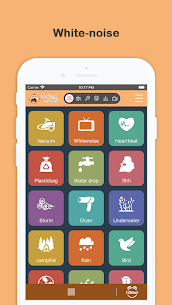 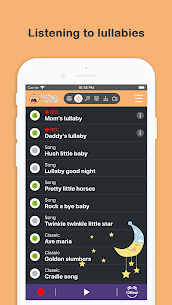 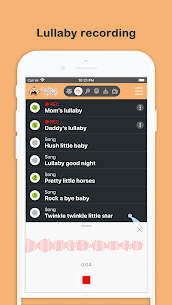 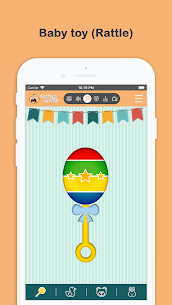 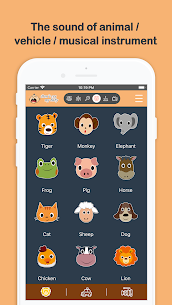 As a parent making a child human, I made an appeal to help other parents called ‘Don’t Cry My Baby’.

First, it sounds white. Months For babies less than a month old, they fall asleep easily when they hear their mother’s heartbeat, water droplets, the sound of brushing clothes, etc.
So, it is equipped with a function to play a maximum of three (3) sounds (you can choose from white (12) sounds, which are like the mother’s inner environment, such as TV sound, cleaner sound, heart beat, vinyl bag, etc.) at the same time. . (For your information, turning on the music with TV sound, water droplets and heartbeat has worked great for my baby)

Second, it’s Lori. This app is equipped with the most well-known twelve (12) lullabies (English songs, classics, music boxes, etc.). It has a function of recording and playing lullabies in the voice of mother / father.
The low-pitched father’s voice is better transmitted to the fetus, as it responds much better than the mother’s voice. It is known that it also helps in the development of the baby’s brain. (For your information, I recorded five (5) children’s songs and turned them on when my wife was at work. She later told me that it responded quite well to my voice.)

Third, it is a baby toy. Babies cry for up to 100 days. Parents try almost every possible way to calm the child. Usually, playing with a whistle or whistling toy can stop the baby from crying.
So I did a function of four baby toys (rattle, duck toy, whistle). (For your information, it works great with this toy function whenever we drive, or when a baby starts to cry)

The fourth option is the sound of animals / vehicles / musical instruments. Babies learn to like animal sounds after 6 months of age.
So, I bought a sound book for my baby, but it was too heavy and too big. So, I created an application and put the file in it.
Turn on the sound of animals / vehicles / musical instruments using your smart phone. ^^ (My son can easily concentrate on music whenever I drive)

The fifth option is to watch children’s videos. This function enables us to link to videos from the YouTube and Never Kids sites, which our kids love.
We tried to create with some popular words, to avoid searching and every time we want to get access to certain music on the cellular phone.

This will help us improve our application. Leave your comments after using our app, or ask if there are any specific functions you would like to see.