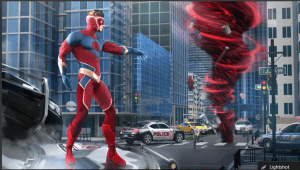 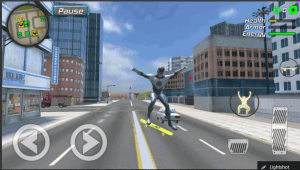 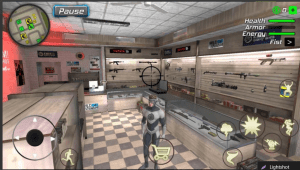 You play as a superhero and the whole city scares you. You will fight against various star mafia thugs from America, Russia, China, Mexico, Japan etc. The style of the city is similar to Miami in Las Vegas but it is true in New York. Become the chief on the streets of crime in the city. You control a superpower that can call out tornadoes and storms. You can shoot the illumination beam from your hand and you can climb any building in the city. This game is a city simulator in third person view, where you drive cars, motorbikes, planes, etc. tour the big city, go off-roading in the mountains, steal and run supercars, shoot guns and play many more in this free world! Create a stunt on a BMX or look for an ultimate F-90 tank or destroyer combat helicopter.

Do you have enough courage to climb to the top of the criminal piles? Ready for your great criminal stealing adventure? Be prepared for snatching, killing, shooting and fighting! Try all supercars and bikes. Car thefts, police escapes, street races and other gang shootings. You are waiting for the hottest spots in the Vegas District. The game has a completely open world environment. You can also buy many things in one store to complete missions and help free the city from all mafia sinners. Most missions will be on the streets, some will be in Chinatown district and other gang lands etc.