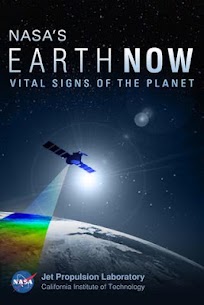 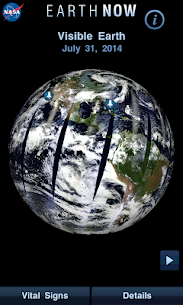 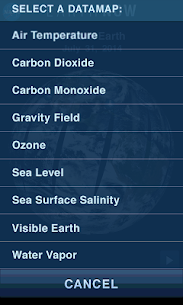 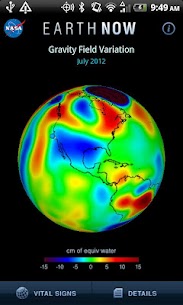 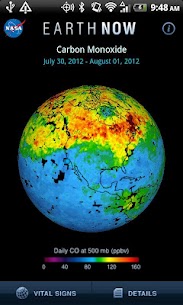 NASA’s Earth Now is an application that displays the latest global climate data from Earth Science satellites, such as surface air temperature, carbon dioxide, carbon monoxide, ozone, and water vapor, as well as gravity and sea surface variations. Data sets are visually described using “false color” maps. Color-coded legends are provided to indicate the relative strengths or weaknesses of environmental conditions. The 3D model of the earth can be rotated by a finger stroke, and can also be zoomed in or out with 2 finger tweezers. It was developed by the Earth Science Communications and Visualization Technology Applications and Development Team at NASA Jet Propulsion Laboratory in collaboration with NASA Headquarters.